I was initially skeptical about what they were saying – I mean who would believe that an almost $8,000 job was going to cost $1,200, because the power company was paying for 75%? But, it was true and had I known that I would have done this years ago. The insulation crew was professional and thorough. My husband and I can’t believe how much warmer the house is! 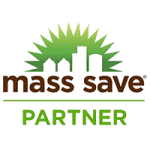 Complete the form to schedule yours today!